Safer sex means not allowing a partner's body fluids (blood, semen, vaginal fluids) into your body. It can also mean covering up parts of the body that might be infectious (e.g. herpes sores or warts) when engaging in sexual activity. 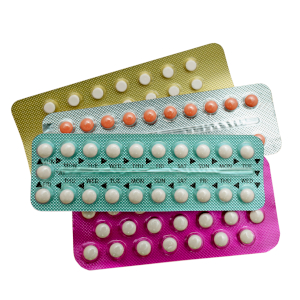 There are several types of contraception available in Australia. Click on the following methods for more information.

*Note that since 2012, pharmacists have been able to supply oral contraception to patients without a GP script.  Pharmacists can dispense pills to patients who have lost their script or are unable to see the doctor before their medication runs out.

Students need to learn how to correctly use a condom. The Get the Facts website shows an animation of how to use a condom.

Doing a condom demonstration for your class and providing an opportunity for students to practise satisfies the 'Behavioural Skills' component of the IMB (Information, Motivation & Behaviour) model. Students may work in pairs or practise on their own using this method.

Another key activity is to have students practise assertive communication and decision-making skills in role play.

How to use a condom animation, Get the Facts

Four categories are used to organise contraceptive methods in this activity.  The categories help to explain characteristics of each type of contraception.