The diversity of human sexual behaviour has been researched and documented over many years. A range of theories offer explanations about ‘heterosexuality’ being viewed as the 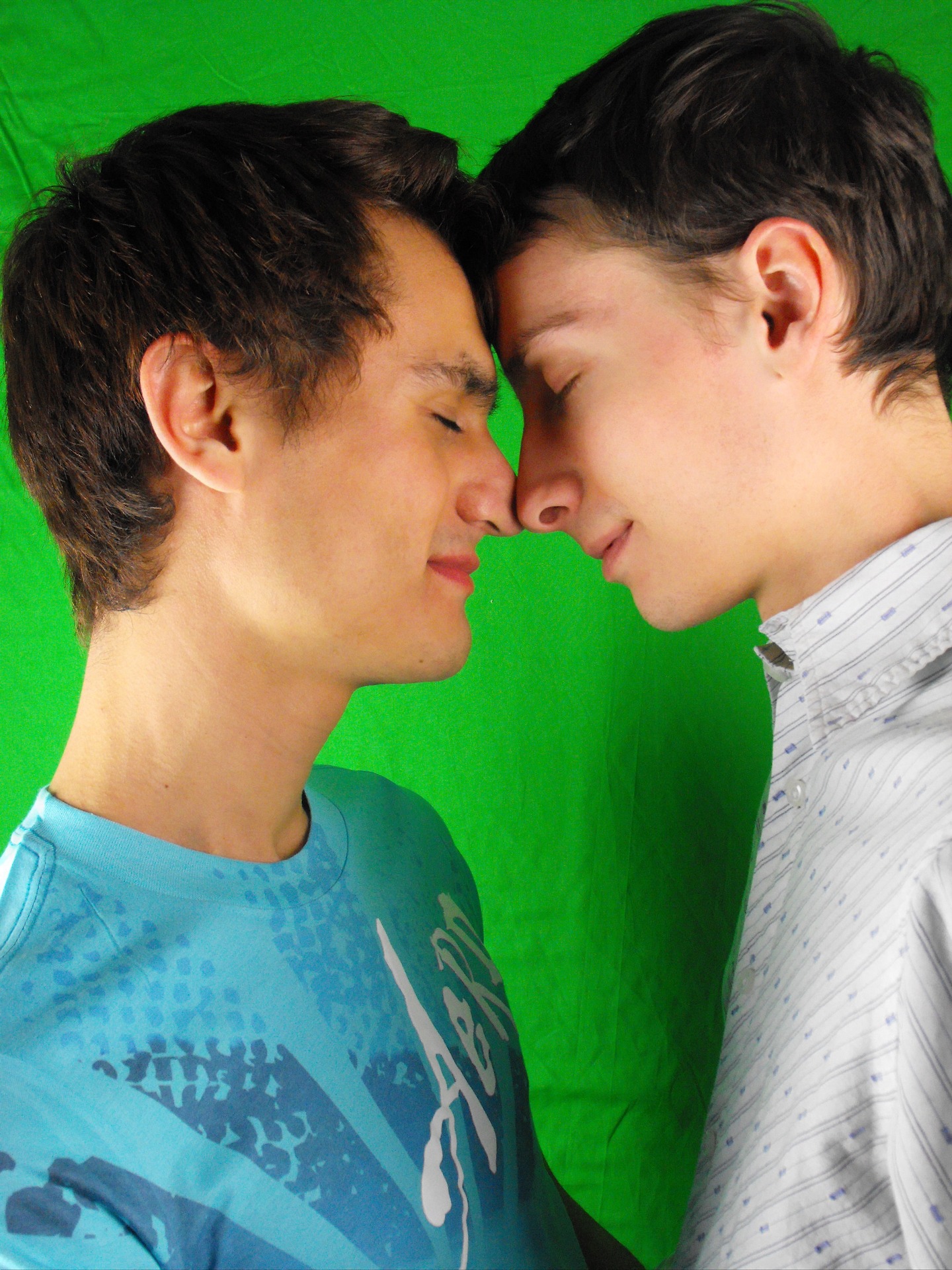 'norm' and how other types of sexuality can often be interpreted by some as not 'normal'.  However homosexual, bisexual, asexual and transgender people exist across all cultures, social groups, occupations and educational backgrounds. The fact that people with a variety of sexual orientations are in all communities demonstrates that the presence of sexual diversity is in fact ‘normal’. The Kinsey Scale and Sexual Trichotomy described below, provide a useful reference in understanding sexual orientation, identity and behaviour.

Rather than viewing people’s heterosexuality or homosexuality as a single and different dimension, it’s more useful to think of sexuality being related to three separate but interconnected dimensions:

Behaviour -  with whom a person engages in sexual activity

Identity - the label (or group) with which the person identifies

This model allows students to begin to understand how sexuality is defined by three distinct but inter-related elements. 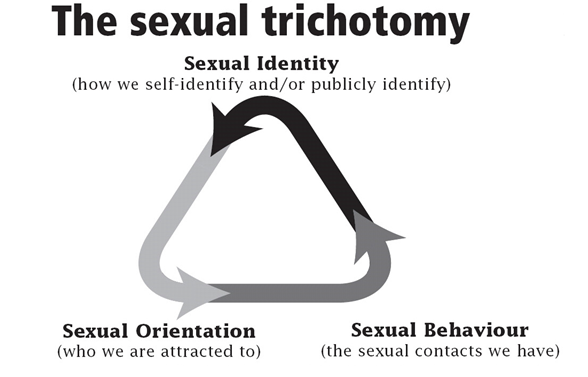 Department of Education, Employment and Training. Catching On: Teaching and Learning Activities. Victoria, 2001.

The term or acronym LGBTIQ is sometimes used to reflect the commonality of various kinds of sexual diversity within society.  Each letter stands for:

L - Lesbian refers to a female person whose primary sexual attraction is toward females.

G - Gay refers to a male person whose primary sexual attraction is toward males.

B - Bisexual refers to a male or female person who is sexually attracted to both males and females.

I - Intersex is a term that relates to a range of congenital physical traits or variations that lie between ideals of male and female. Intersex people are born with physical, hormonal or genetic features that are neither wholly female nor wholly male; or a combination of female and male; or neither female nor male. Many forms of intersex exist; it is a spectrum or umbrella term, rather than a single category. Intersex differences may be apparent at birth.

Q - Queer or Questioning. Some non-heterosexual people refer to themselves as Queer because they are uncomfortable labelling themselves according to the more traditional categories of gay, lesbian or bisexual. A person who is Questioning is in the process of arriving at a clearer sense of what their sexual orientation is.

Understanding why a person’s sexual orientation or ‘nature’ is towards the same or opposite sex is a much-contested area of research and not easily explained in a non-academic form.

A homosexual person is one whose sexual orientation (or nature) and attraction is towards people of the same sex. Another way of describing homosexuality is the state of being ‘same sex attracted’. A homosexual male is sometimes referred to as 'gay' while a homosexual female may be described as 'lesbian'.

There is no definitive answer as to why a person becomes, or is, homosexual. A range of opinions exist, and debate about biological and environmental influences continues.

The use of labels to describe people can be problematic especially in using them to describe a sexual identity.  An individual may adopt a label to describe their own identity or choose not to use any labels to identify themselves as homosexual, gay, lesbian or otherwise.

Some people may regard homosexual men and women, and sexually diverse people, with suspicion, or even to the extent of personal disgust. This condition is termed ‘homophobia’ and such attitudes and fears toward those who are lesbian or gay are termed ‘homophobic’.

People may justify these kinds of opinions on the basis of strict religious precepts, or by repeating other erroneous prejudices and beliefs about homosexuality. Another ungrounded fear sometimes articulated by people with these beliefs is that only homosexuals spread HIV. Such beliefs can be most harmful especially if they lead to discrimination, encourage harassment or even physical assault. Dispelling misinformation and stereotypes help to dissipate these types of fears and their potentially destructive consequences.

Dr Dorothy Riddle, an American psychologist, developed an 8-point scale of attitudes towards lesbian, gay and bisexual people from the least to most supportive. The first four attitudes are said to be Homophobic Attitudes (repulsion; pity; tolerance; acceptance). The next four are referred to as Improved Attitudes (support; admiration; appreciation; celebration). Dr Riddle's scale helps to gain a perspective on where society sits in regards to attitudes towards lesbian, gay and bisexual people.

Teachers may experience difficulties dealing with the homophobic attitudes of some students. It is essential teachers address inappropriate comments that may arise when discussing values or ethical issues. Successful strategies include:

It is inappropriate to apply labels to young people whose sexual identity may still be emerging. The individual might not visualise themselves within any particular ‘pigeonhole’. A young person can find the experience of being defined or labelled by others to be quite damaging. It is best to leave young people to self-identify as they choose over time.

A national coalition dedicated to helping schools to be safer and more inclusive for same sex attracted, intersex and gender diverse students, school staff and families. The WA team is now delivering the program to schools throughout Western Australia.

For sexually diverse young people under 26 to support each other and their communities to be informed, happy and healthy about their sexuality, sex and gender.

Living Proud LGBTI Community Services of WA is a non-profit organisation which aims to promote the wellbeing of lesbian, gay, bisexual, trans, intersex, queer and other sexuality, sex and gender diverse people in Western Australia.

Parents, Families and Friends of Lesbians and Gays (PFLAG) WA

Parents, families and friends of lesbians and gays who provide a support system in an effort to understand and accept loved ones who are gay, lesbian, bisexual, transgender or intersex.

Sex and gender, Get the Facts

Sexual orientation, Sex and U (Canada)